I Can’t Believe It’s NOT… Cheese! 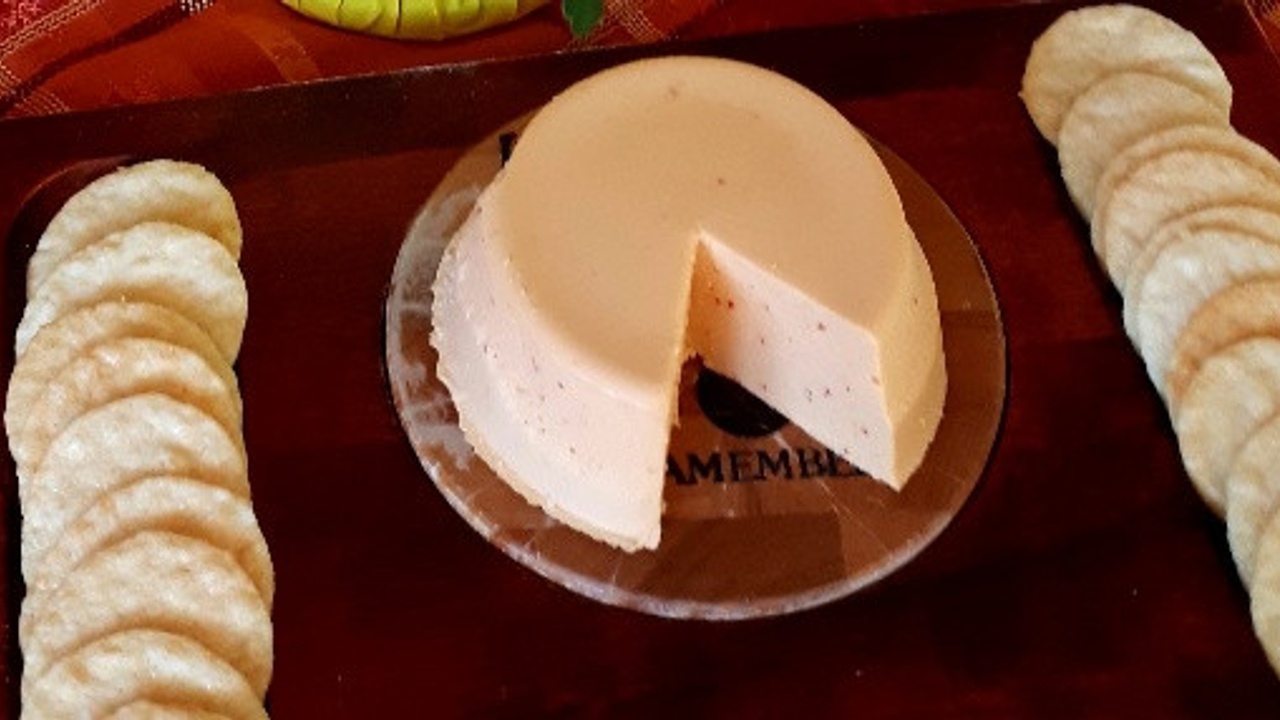 “What?  No cheese!”   This is one of the most frequent laments I hear from my clients embarking on a cancer-free diet.  Believe me.  I feel your pain.  I don’t eat it very often either.

Most cheese made in Canada is made from cow’s milk that has been pasteurized, a process that destroys enzymes, beneficial probiotic bacteria, and most B vitamins. This makes it is essentially a “dead food” and hard to digest, increasing risk of food sensitivity and stressed immune systems in those who eat it.

A large case-control study conducted in France found that women who ate cheese regularly had 50% more risk of breast cancer than women who didn’t eat cheese.

So, yes, I love cheese.  But I love having healthy body parts even more.

That was why I was thrilled to try this non-dairy recipe, adapted from Paulette Millis’ “Jack Cheese”, published in Cook Your Way to Health.

I have tried various cheese substitutes, store-bought and home-made—most of which have been met with disappointment.  This recipe does not disappoint.  It is good.  Very good.  I can't wait to share it with you.

As I was assembling the ingredients I realized that I had only half the amount of  gelatin called for in this recipe.  I phoned my next-door neighbour who came to my rescue. “Yup, here it is”, he said, as he rummaged through the pantry. “I have an unopened box.  I’ll send the kids over with it right away”.

That was why I was surprised when fifteen minutes later I was still waiting for my delivery.

The reason for the delay became all too clear, however, when I saw Lucy (two and a half) and Wilder (five) running up my sidewalk, each holding in their little hands a zip-lock bag, each bag containing two packages of gelatin plus half of the box.

“Daddy tore the box in half.” Lucy began, as if explanation was necessary. “Because we were fighting”, she added quietly.

I smiled.  “That dad has the problem-solving skills of Solomon”, I thought to myself.

“What are you going to make?” Wilder asked, changing the subject quickly.

“Pretend Cheese”, I answered.  “It is made with nuts.  I’ve never made it before.  If it turns out, would you like to taste it?”

They nodded, and happily ran back to their house to tell their dad.  That reminds me, I'd better send some back with them before it is all gone.  In two separate packages, of course. 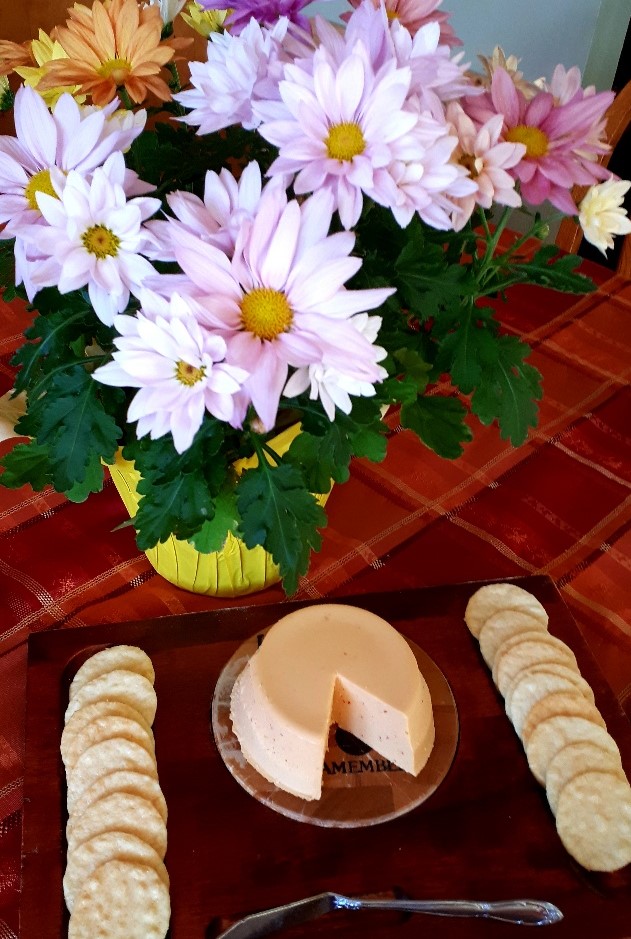 Place ingredients in a blender in the order given.

Blend until very smooth.  Paulette recommends running the blender for 8 to 10 minutes, which works well with a Vitamix.  Other blenders, like mine, with less powerful motors might insist on “taking a break” after two and a half minutes.  Let it rest and blend again for another couple of minutes.  It will be fine.

Use immediately as a delicious “cheese sauce” or “cheese dip” (OMG, it is so tasty!)  Or pour mixture into round or rectangular glass containers. (Either one will mold your final product into that “cheese-like” look.)

Place in refrigerator to set, which will happen relatively quickly.   If you are the patient type, you will allow a few extra hours after setting for the flavours to “ripen” into that wonderful cheesy-ness that we all know and love, and some of us have missed for a very long time.